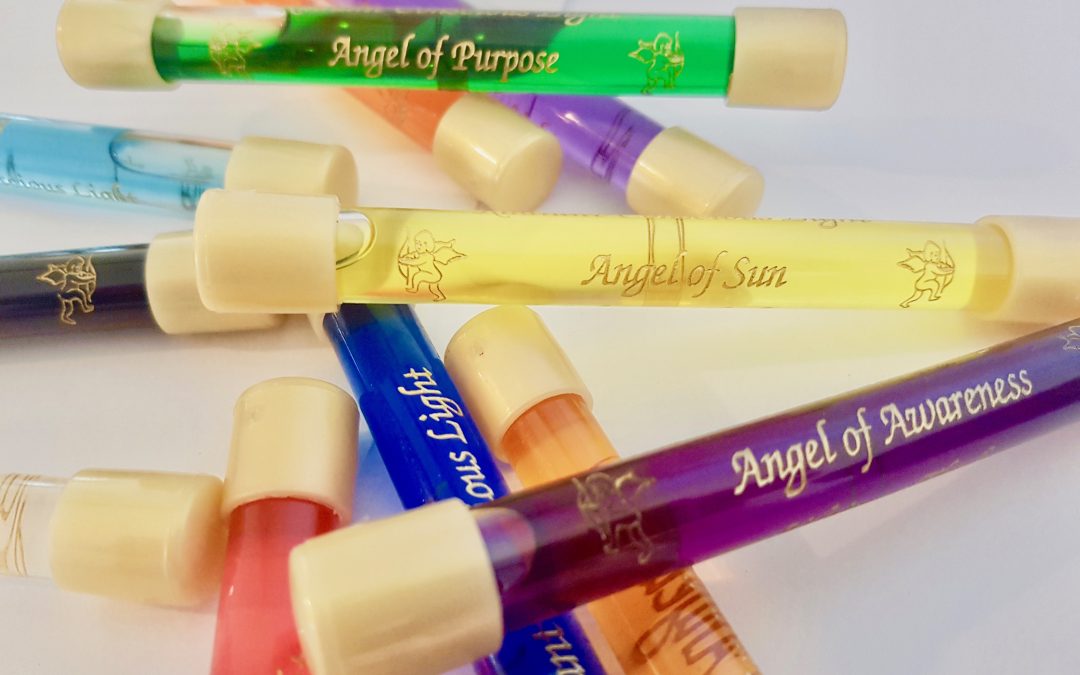 We are super excited to ‘officially’ launch the new 11 New Angel Energies!

* Link to read all about ‘Angel Alchymie’ and special ‘Angel Artifacts’

*Link to Angel Wands In Shop 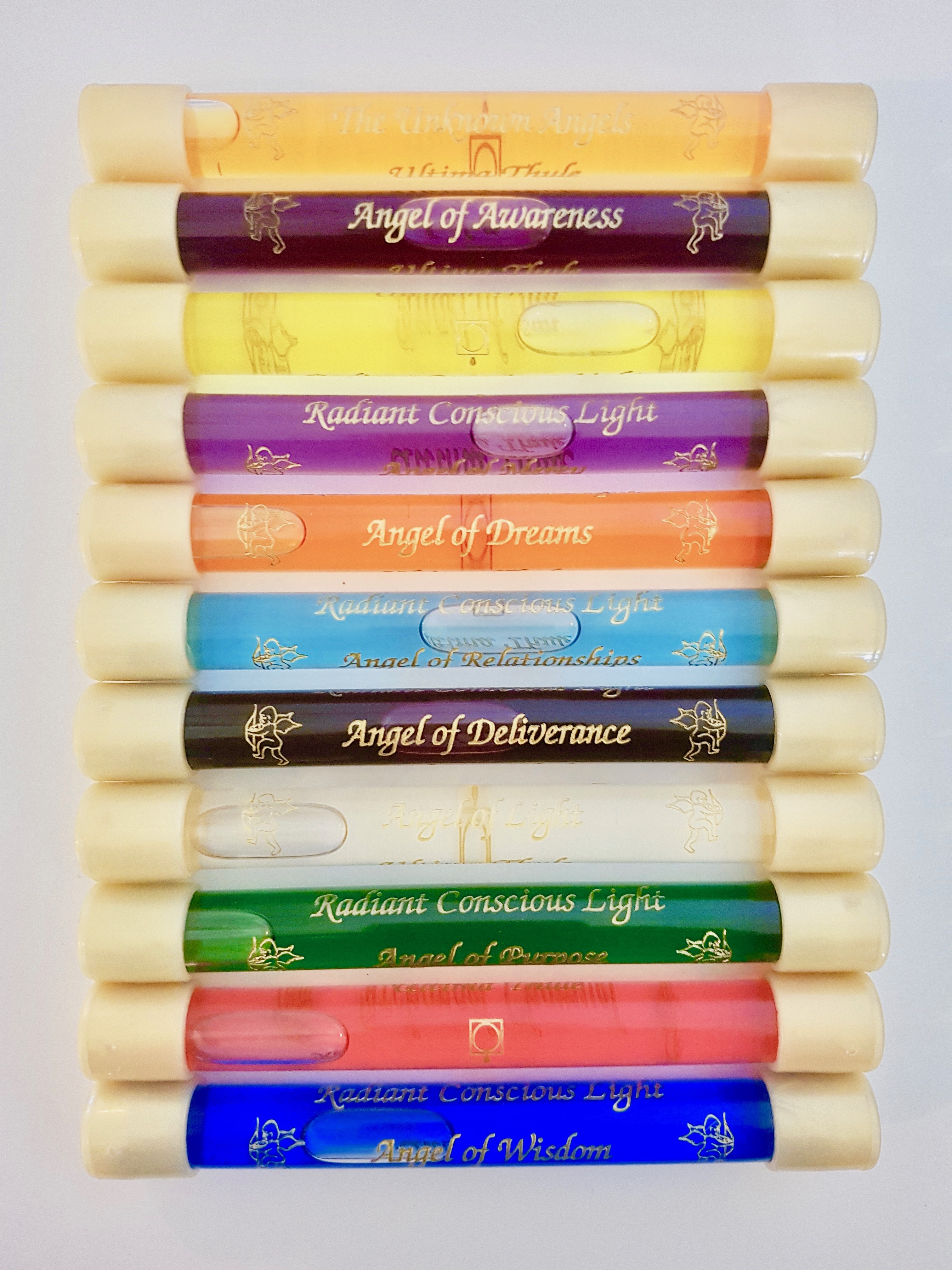 (Note – When working with these Angel Alchymie Energies, we must invoke them verbally! There is something about the actual grace of the ‘spoken invitation’ that ignites the use of these currents.)

Angel Of Mercy
As stated by Anthony Williams, “One of God’s strongest Angels’ to help in the battle of darkness”. Call upon it LOUDLY!

In the Vision: This Angel energy was seen entering and exploding the dark – darkness within, or outside the ‘self’. The whole body is empowered with this blessing current. A strengthening, a surge of current of empowerment. Perfect humility and strength, simultaneously. A definite current felt in the navel center.

Angel Of Deliverance
Again from Anthony* – “Provides relief to someone going through earthly judgments. Working on life related matters”. In situations where the Divine law is required and Divine justice is needed as an outcome, this Angel energy can be invoked. To be delivered from the suffering of this place, this born condition, which is driven by the knot of fear, is where this Angel can be the tool of invocation. It is also given to help release from suffering and fear.

In the Vision: The persona of this extraordinary Angel was felt and seen- it gives one the sense of how totally ‘nothing’ we are as human souls, and how the ordinary matters and concerns are so minimal. This Angelic presence was a force that appeared to hold a staff – this rod of Alchymie was blessed with the ‘Rod Of Divine Justice’. It is Divine Law! A smithereening of angularity was seen. Extremely Powerful!

Angel Of Dreams
Finding our way on back…This Angelic current in its Alchymised form, is to make use of the dream state, to make it part of the esoteric school of higher learning. That lessons may be lived and passed through whilst asleep. Speeding our process to God Speeded End, and having our waking state be made more joyous and with lightness of being, as the dross dissolves of our karmic patterning.

Angel Of Beauty
The Angel of beauty was an awakening to feel beyond the usual ‘connotation’. It was to include the beauty of existence, our environments and surroundings.

In the Vision: Within the Alchymie of creation, this Angel energy transitioned to the dissolution of all the solid projection that humanity has created through the very word of what ‘beauty’ and ‘beauty expectations’ amounts to. There was a felt lifting of the weight of solid mind that governs the heavy projection that exists here. This heavy accumulated weight dissolves in the dissolution of ‘differentiation’. This felt oneness of Divine current ‘spells’ at a cellular level – a lightness of being is felt. A glow of Divine Radiance is undeniable! The Divine touch was given where one can only smile and bow down. God bless all who are embraced in the perfect beauty of Divine re-cognition.

Angel Of Relationship
This Angel is to invoke Divine Grace to enter the space of relationship and have it be blessed, purified for our highest good. Its intention in the Alchymie is to bring all to Divine Awakening and Remembrance – untangling the karmic choices. God bless us in our unconscious desiring… So much unnecessary suffering. God be with us…! This Angel brings so much compassion and grace to deal with our crazy choices. Some relationships will be enhanced in real growth. Some will be dissolved in the necessary liberation of karmic bondage. This is the Alchymie.

Angel Of Awareness
This Angel, an invocation, is to Bless all – to open their minds and the usual conventional knot of thinking, and allow the intuitive Heart to begin to be felt, grown and flowered. This Energy is to allow others to recognise where the Heart exists and begin to allow that space for the Heart to take hold. Its Alchymeic intention is awakening to the Divine.

In the Vision: The unplugging of the conventional circuitry was revealed, as unplugging black nadis – the result of the gravity and belief of conventional form. The consequence of identification, differentiation and ordinary desiring, has blackened our ‘enlightened’ circuitry.

Angel Of Wisdom
This Alchymised Angelic current was to give Divine guidance in allowing decisions to be made from a prior disposition. Allowing Grace to enter – that our choices are for our greatest good.

In the Vision: Whilst invoking this current, the sweet kiss of Grace was felt as a tangible embrace. Invoking the clarity of mind and allowing the opening to Higher Conscious Mind.

Angel Of Light
This Angel appears as a Radiance of Light that is beyond the known light of this earth plane. Our invocation is to allow the restorative current of this light, to bath us whole bodily. Here the invocation is the pure Divine Light of the Beloved.

In the Vision: Within the birthing of this current – a vortex of light appeared, as though it was a living, moving current, ‘As Above, So Below’ – a felt force of ascension and descension – Heaven and Earth were being touched in its current. It allows relief of the gravity of this place to be felt. In doing so, it transmutes the toxicity that weighs upon our whole bodily state – a consequence of being born on the earth plane.

Angel Of Sun
This Angel’s invocation is to allow the healing current of the sun’s rays, so that when we are exposed to sunlight, the Alchymised intention is to allow the transmuting of its radiance to be filled with the healing elixir LITERALLY, which in a perfect environment, the sun would allow the bodily form – beyond the ravages of climate change. The energy of the sun is an invocation in this Angel, to allow re-vitalisation of the bodily form, even when it’s raining.

Angel Of Purpose
The intention held within the Alchymie of this invocation is to allow our actions to be purposed. In quoting Anthony, “to be used when one is lost and lacking in confidence”*.

In the Vision: In combining with this current, literally I was given a felt acceleration of forward movement. There was an uncompromising reassurance and a felt unplugging of the dross. For us within the Alchymie, this is the disposition of allowing our attention to constantly move forward and upward, and not be distracted by the dross of this place, or our own old patterning. Therefore this Angel appears as a current to help us in our real Hermetic Process, to stay one-pointed and committed.

Unknown Angels
According to Anthony Williams (medical medium*)… this is a literal category of Angels that don’t have names. There is a specific number, which happens to be 144,000 – (1441 – extraordinary). It was felt that this was significant to share…! He insists that these are the most powerful of the Angels, as they have no ego or notoriety – they are simply waiting to be called, and thus it appears in the Alchymie that they are a powerful source.e.

In the Vision: It felt as though I was entering an innocence, a silent whisper of the Divine pulse. A very dissolving space to merge with. What occurred in this dissolution was a felt smile in every cell, a current of Bliss, a joy of being – an open secret that could be whispered and felt – an ancient space, and yet eternally present. Bless each one who is gifted with such a Divine blessing current.

*link to the shop page – http://hermesfareasternshining.com/shop/11-new-angel-wands/